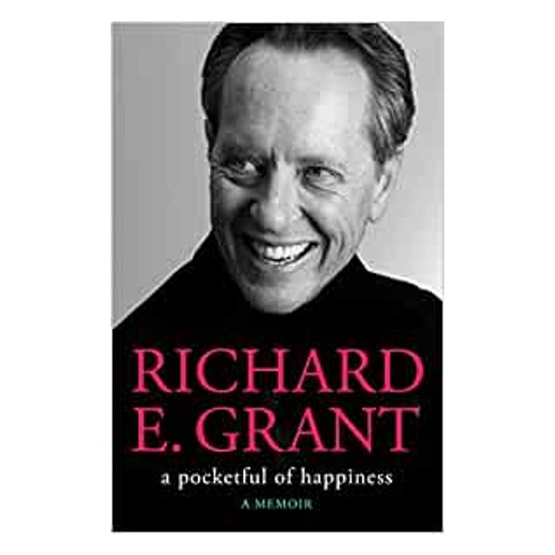 A Pocketful of Happiness

Richard E. Grant emigrated from Swaziland to London in 1982, with dreams of making it as an actor, when he unexpectedly met and fell in love with renowned dialect coach Joan Washington. Their relationship and marriage, navigating the highs and lows of Hollywood, parenthood and loss, lasted almost forty years. When Joan died in 2021, her final challenge to him was to find ‘a pocketful of happiness in every day’.

This honest and frequently hilarious memoir is written in honour of that challenge –  Richard has faithfully kept a diary since childhood, and in these entries he shares in raw detail everything he has experienced : both the pain of losing his beloved wife, and the excitement of their life together, from the role that transformed his life overnight in Withnail & I to his thrilling Oscar nomination thirty years later for Can You Ever Forgive Me?

Told with candour in Richard’s utterly unique style, A Pocketful of Happiness is a powerful, funny and moving celebration of life’s unexpected joys.

Richard E. Grant was launched to fame in 1987 cult classic Withnail and I. Since then, he has gone on to star in a wide variety of films, including his Oscar nominated performance in Can You Ever Forgive Me? in 2018. An avid reader, in 2021 he hosted the BBC's literary travel series Write Around the World with Richard E. Grant. He married Joan Washington in 1986, and has a daughter, Olivia.