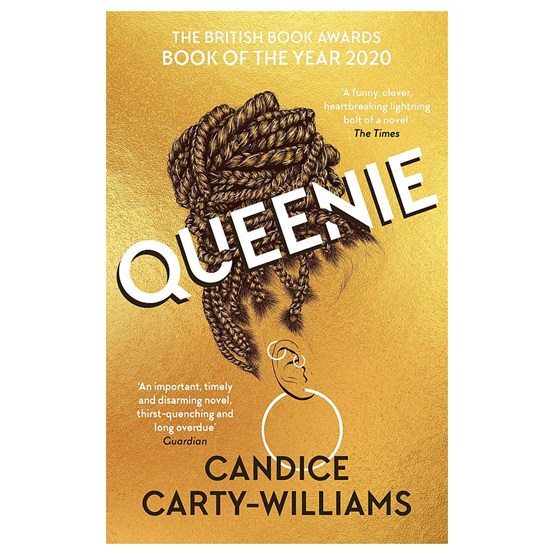 Queenie tells her story of being a twenty-something Black woman in Brixton as peoples perception of her race, gender, and status frustrate her immensely. She is unapologetic and bold- an eye opening must read. - Louisa

Queenie is a twenty-five-year-old Black woman living in south London, straddling Jamaican and British culture whilst slotting neatly into neither. She works at a national newspaper where she's constantly forced to compare herself to her white, middle-class peers, and beg to write about Black Lives Matter. After a messy break up from her long-term white boyfriend, Queenie finds herself seeking comfort in all the wrong places.

As Queenie veers from one regrettable decision to another, she finds herself wondering, What are you doing? Why are you doing it? Who do you want to be? - the questions that every woman today must face in a world that keeps trying to provide the answers for them.

Candice Carty-Williams was born in 1989, the result of an affair between a Jamaican cab driver and a dyslexic Jamaican-Indian receptionist. She is a journalist, screenwriter, and author of the Sunday Times bestselling Queenie, a book described as 'vital', 'disarmingly honest' and 'boldly political'. In 2016, Candice created and launched the Guardian and 4th Estate BAME (black, Asian and minority ethnic) Short Story Prize, the first inclusive initiative of its kind in book publishing. As a journalist she has written for the Guardian, i-D, Vogue International, every iteration of the Sunday Times, BEAT Magazine, Black Ballad and more. She will probably always live in South London.