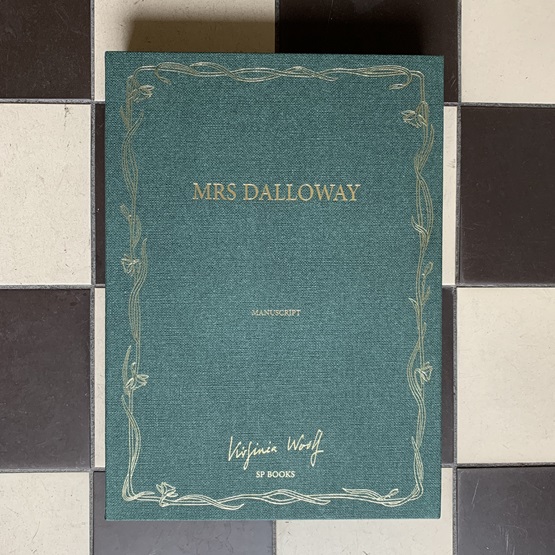 Facsimile of the Mrs Dalloway Manuscript

Nearly a hundred years ago, between June 1923 and October 1924, Virginia Woolf wrote in three notebooks, which she entitled ‘The Hours’, the only complete draft of what was to become Mrs Dalloway. Published in 1925, Mrs Dalloway was her fourth novel. It is now considered to be one of her greatest books.

This is the first time that manuscript has been reproduced, offering the reader a rare insight into Virginia Woolf’s creative process among other things through the fluctuating intensity of the purple ink she favoured. It is introduced by two essays written by the Virginia Woolf specialist Helen Wussow and the Pulitzer-Prize winning novelist Michael Cunningham.

Virginia Woolf, born in 1882, was a major modernist novelist and the centre of the inter-war Bloomsbury Group. Between 1925 and 1931 she produced her finest masterpieces, from Mrs Dalloway to the poetic and highly experimental novel The Waves. She also maintained an astonishing output of literary criticism, journalism and biography, including A Room of One's Own (1929), a passionate feminist essay. Suffering from depression, she drowned herself in the River Ouse in 1941.

Giving this book as a present? We can include a personal message from you, handwritten on one of our illustrated Heywood Hill postcards, free of charge. Write your message in the 'notes' box at the checkout. If you would like the book gift-wrapped in our famous livery, also free of charge, just let us know.