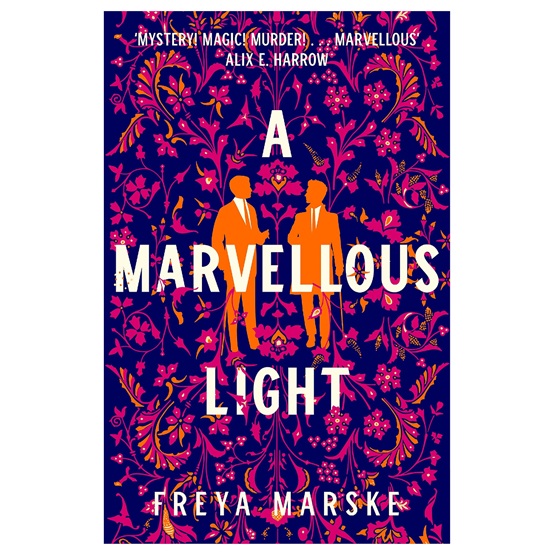 A thrilling, romantic, and witty escape into Edwardian England. Aristocracy, sharp-edged manners, and a secret magical society collide with Robin and Edwin caught in the chaos. The writing is beautiful, the characters intelligent, and the dialogue is cutting, funny and cruel. It will whisk you away and then charm you to stay. - Michelle

Set in an alternative Edwardian England, this is a comedy of manners, manor houses, and hedge mazes: including a magic-infused murder mystery and a charming romance.

Young baronet Robin Blyth thought he was taking up a minor governmental post. However, he's actually been appointed parliamentary liaison to a secret magical society. If it weren't for this administrative error, he'd never have discovered the incredible magic underlying his world.

Cursed by mysterious attackers and plagued by visions, Robin becomes determined to drag answers from his missing predecessor - but he'll need the help of Edwin Courcey, his hostile magical-society counterpart. Unwillingly thrown together, Robin and Edwin will discover a plot that threatens every magician in the British Isles.

Freya Marske lives in Australia, where she is yet to be killed by any form of wildlife. She writes stories full of magic, blood, and as much kissing as she can get away with, and she co-hosts the Hugo Award-nominated podcast Be the Serpent. Her hobbies include figure skating and discovering new art galleries, and she is on a quest to try all the gin in the world. A Marvellous Light is her debut novel.