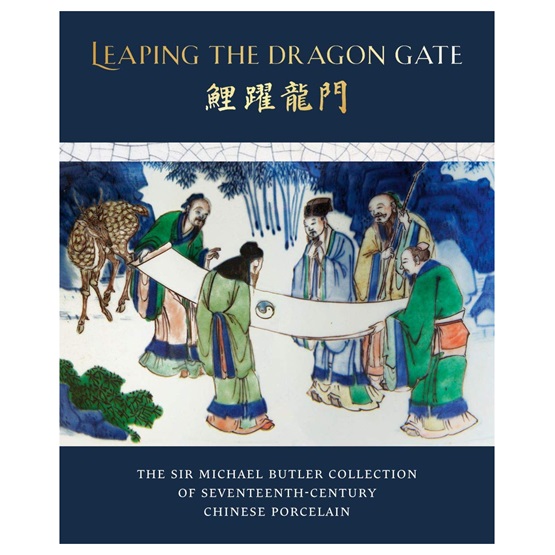 This book celebrates the most important collection of 17th-century Chinese porcelain in the world, assembled by the distinguished British diplomat Sir Michael Butler. His passion for porcelain is clearly reflected in the over eight hundred pieces he collected and lived with at his home and private museum in Dorset. The pots (as Sir Michael called them), many of extreme rarity or exquisite quality, give testimony to the incredible depth of knowledge he acquired over five decades and his outstanding contribution to research and education in this previously neglected field of study.

This lavish and comprehensive collection covers most types of porcelain produced at Jingdezhen, in Jiangxi province, during the 17th century. The variety of the pieces carefully acquired by Sir Michael reflects the great innovative spirit of the highly skilled Jingdezhen potters and painters at a time when they were released from the controls of Imperial patronage, between the end of the reign of the Ming Emperor Wanli in 1620 and the re-establishment of the Imperial kilns by the Qing Emperor Kangxi in 1683. It is a study collection of porcelain unrivalled in its breath and rarity that demonstrates the stylistic and qualitative evolution which occurred in Chinese porcelain production during the 17th century.

An introduction written by Katharine Butler tells the fascinating story of the circumstances that encouraged her father to acquire, collect and passionately study Chinese porcelain of the 17th century; how he found rare pieces with dates, interesting inscriptions, seal marks or narrative scenes; and how the collection and his scholarly publications came to be internationally renowned. The core of the book is composed of six sections presenting the main categories of porcelains in the collection: Late Ming, High Transitional, Shunzhi, Kangxi, Monochromes and Enamels, as well as disputed pieces. Some of the highlights are the extremely rare High Transitional pieces painted only in overglaze enamels dating to the Chongzhen reign, c.1640-43; the first piece acquired by Sir Michael, a green enamel winepot, dating to the early Kangxi reign, c.1665–70; a group of rare dated Zhonghe Tang pieces painted in underglaze blue and red, and an early Kangxi basin finely painted in underglaze blue and red with a Master of the Rocks landscape, dating to c.1670–75.

Leaping the Dragon Gate refers to the symbolic metamorphosis from a humble carp to a mighty dragon – the most powerful of the Four Divine Creatures – that a student would undergo on succeeding in the Jinshi or Imperial civil service examinations. Passing these examinations required years, sometimes decades, of enormous effort to acquire the requisite educational merit and success was very rare. It is a worthy metaphor for Sir Michael’s scholarly achievement. This 576-page book with over 850 colour illustrations is a catalogue raisonné of almost his entire 17th-century porcelain collection, including many previously unpublished pieces. In the spirit of keeping the family legacy of acquisition and scholarship alive, the authors have included a few important, recently purchased pieces and also have revised and expanded the list of all known dated pieces of 17th-century Chinese porcelain in the world that Sir Michael compiled in his 1990 USA exhibition catalogue.

Katharine Butler is the daughter of the collector, Sir Michael Butler. She has an MA in History of Art from Edinburgh University and worked closely with her father cataloguing and researching the collection. From 2004 onwards they collaborated on a digital database of the whole collection without which this catalogue raissoné would have been impossible.

Teresa Canepa is an independent researcher and lecturer in Chinese and Japanese export art, and currently co-editor of the Newsletter of the Oriental Ceramic Society, London. She completed a PhD in Art History at Leiden University, The Netherlands, and is author of Silk, Porcelain and Lacquer: China and Japan and their trade with Western Europe and the New World, 1500-1644 (Paul Holberton Publishing, London, 2016); and Jingdezhen to the World: The Lurie Collection of Chinese Export Porcelain from the Late Ming Dynasty (Ad Ilissvm, London, 2019). She has published a number of articles and lectured widely on these subjects.