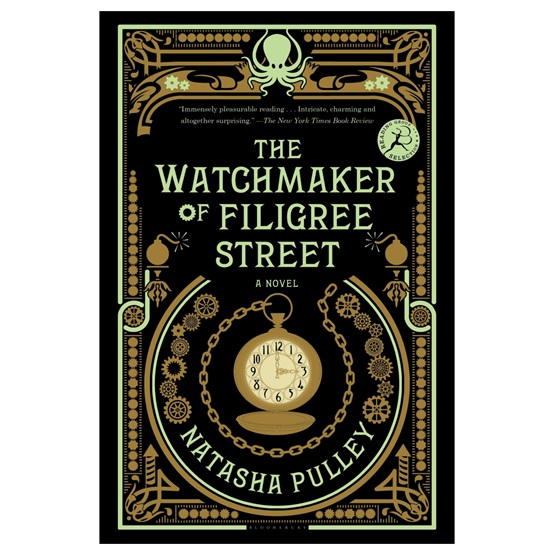 A charming, intricate, and tense story that takes you into Victorian era London. Thaniel Steepleton finds a gold pocketwatch, stumbles into a mystery, and everything spirals out of control. Very witty, beautifully detailed power dynamics, and the need for acceptance and love at its heart. Features music and a clockwork octopus called Katsu. - Michelle

In 1883, Thaniel Steepleton returns to his tiny flat to find a gold pocketwatch on his pillow. When the watch saves Thaniel's life in a blast that destroys Scotland Yard, he goes in search of its maker, Keita Mori - a kind, lonely Japanese immigrant. Meanwhile, Grace Carrow is sneaking into an Oxford library, desperate to prove the existence of the luminiferous ether before her mother can force her to marry.

As the lives of these three characters become entwined, events spiral out of control until Thaniel is torn between loyalties, futures and opposing geniuses.

Natasha Pulley studied English Literature at Oxford University. After stints working at Waterstones as a bookseller, then at Cambridge University Press as a publishing assistant in the astronomy and maths departments, she did the Creative Writing MA at UEA. She later studied in Tokyo, where she lived on a scholarship from the Daiwa Anglo-Japanese Foundation. She was chosen to be a Writer in Residence at Gladstone's Library and is now associate lecturer at Bath Spa University and panel tutor at the Cambridge University Institute of Continuing Education. Her first novel, The Watchmaker of Filigree Street, was an international bestseller, won a Betty Trask Award and was shortlisted for the Authors' Club Best First Novel Award. The Bedlam Stacks is her second novel. She lives in Bath.