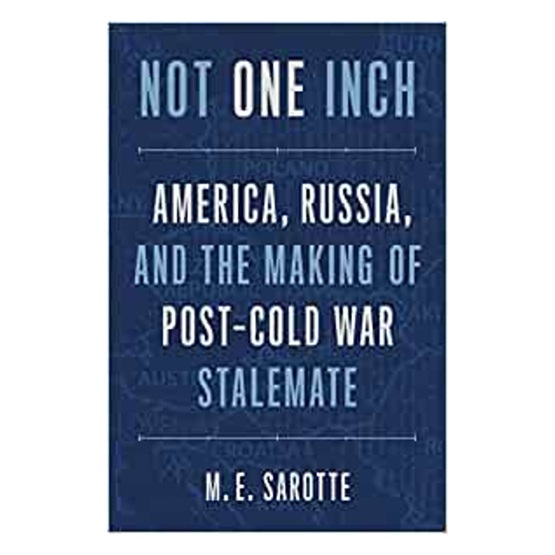 Based on over a hundred interviews and on secret records of White House-Kremlin contacts, Not One Inch shows how the United States successfully overcame Russian resistance in the 1990s to expand NATO to more than 900 million people. But it also reveals how Washington's hardball tactics transformed the era between the Cold War and the present day, undermining what could have become a lasting partnership.

Vladimir Putin swears that Washington betrayed a promise that NATO would move "not one inch" eastward and justifies renewed confrontation as a necessary response to the alliance's illegitimate "deployment of military infrastructure to our borders." But the United States insists that neither President George H.W. Bush nor any other leader made such a promise.

Pulling back the curtain on U.S.-Russian relations in the critical years between the fall of the Berlin Wall and Putin's rise to power, prize-winning Cold War historian M. E. Sarotte reveals the bitter clashes over NATO behind the facade of friendship and comes to a sobering conclusion: the damage did not have to happen. In this deeply researched and compellingly written book, Sarotte shows what went wrong.

M. E. Sarotte is the Kravis Professor of Historical Studies at Johns Hopkins University, a member of the Council on Foreign Relations, and the author, among other books, of The Collapse: The Accidental Opening of the Berlin Wall.