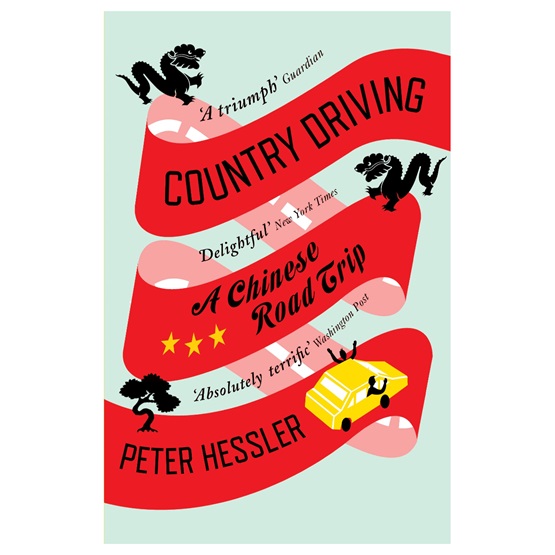 After passing his driving test in Beijing, Peter Hessler a New Yorker correspondent is free to explore the whole of China and beyond from behind the wheel. The resulting journey is an illuminating and eye-opening account – a personal snapshot of a China changing through the gears in its economic development – the travelogue displays an intimate relationship with China and its people. - Andrew

After living in China for five years, and learning the language, Peter Hessler decided to undertake an even more complicated endeavor: he acquired his Chinese driving licence. An eye-opening challenge, it enabled him to embark on an epic journey driving across this most enigmatic of countries. Over seven years, he travelled to places rarely explored by tourists, into the factories exporting their goods to the world and into the homes of their workers. Full of extraordinary encounters and details of life beyond Beijing, it is an unforgettable, unique portrait of the country that will likely shape all our lives in the century to come.

Peter Hessler is a staff writer at the New Yorker, where he served as the Beijing correspondent from 2000 to 2007 and is also a contributing writer for National Geographic. He is the author of River Town, which won the Kiriyama Book Prize, and Oracle Bones, which was a finalist for the National Book Award. He won the 2008 National Magazine Award for Excellence in reporting.