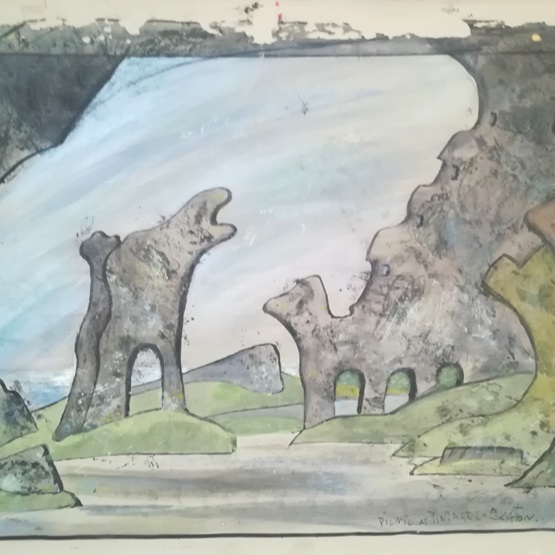 An evocative coastal scene in green and grey with pastel blue sky.

A little abrasion to the edges of the image where the piece had presumably been taped up for use by the crew working on the backdrop itself.

English photographer and designer Cecil Beaton (1904–1980) made his Royal Ballet debut in 1936 designing Frederick Ashton’s Apparitions for the then Vic-Wells Ballet. He returned to design Ashton’s Les Sirènes and Marguerite and Armand for The Royal Ballet and Turandot for The Royal Opera (originally produced by the Metropolitan Opera, New York). Beaton’s other collaborations with Ashton included Illuminations and Picnic at Tintagel for New York City Ballet and The Nutcracker for Sadler’s Wells Theatre Ballet (later Birmingham Royal Ballet).

Ashton retells the story of Tristan and Isolde in two time frames, one Edwardian and the other set in the Dark Ages. As the story opens the Edwardians are picnicking amidst Tintagel’s ruins where the lovers wander off for a tryst. The narrative then shifts to the Celtic lovers and their deaths at the hand of King Mark, Iseult’s fiancé. Recovering from the impact of this tragedy, Ashton slyly rescues his Edwardians from discovery and the wrath of a cuckolded husband. All are frustrated but no one dies.

Stage settings and costumes are by Cecil Beaton. Ashton chose Arnold Bax’s The Garden at Fand instead of his tone poem Tintagel. George Balanchine commissioned the ballet, which was first performed by the New York City Ballet in February 1952. 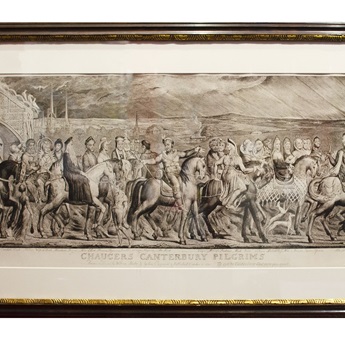