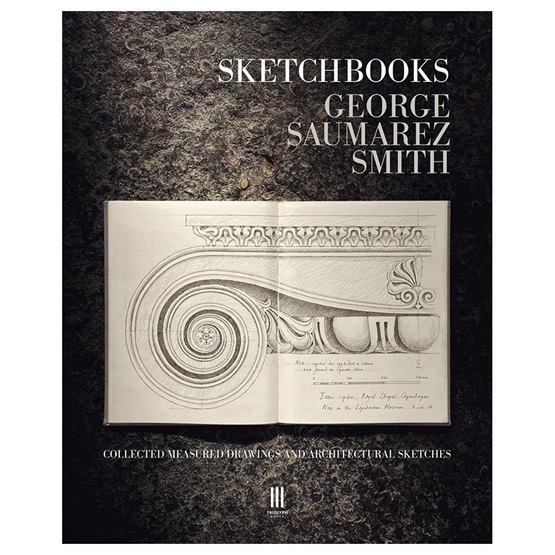 George Saumarez Smith, a director of ADAM Architecture, is celebrated for the elegance of his work as one of Britain's foremost classical architects. As a student at Edinburgh University, he belonged to the last year group to be taught the skill of measured drawing as part of the core syllabus and it would become a passion for him.

Sketchbooks: Collected Measured Drawings and Architectural Sketches presents a selection of the drawings that he has made in the last twenty-five years in a series of sketchbooks each of which is named after one of the Roman emperors.

The drawings display a supreme mastery that goes beyond technique and assumes the status of art. They constitute a series of concentrated observations on buildings from different parts of the world which unlock the secrets of their design and give insight into the minds of their creators. Simply by applying pencil to paper, aided only by a tape measure and ruler to measure the building in front of him, George pursues an adventure in the world of built form whose aesthetic beauty will both amaze and delight.

George Saumarez Smith is one of the leading classical architects of his generation. A director of ADAM Architecture since 2004, he has worked across a wide range of projects including new country houses, alterations to historic buildings, commercial housing and urban design. As well as a practitioner, George regularly teaches and writes on subjects relating to traditional and classical architecture. He has taught measured drawing for the European Summer School in Classical Architecture since its inception in 2016. He has also taught regular courses at the Prince's Foundation in London, the ICAA in New York, and the University of Notre Dame's Rome Studies Program. In 2013 George published a selection of his work in A Treatise on Modern Architecture. In 2017 he put on an exhibition of his work at the RIBA in London entitled Measure Draw Build. George lives in Winchester and has two sons both of whom have inherited his love of drawing.