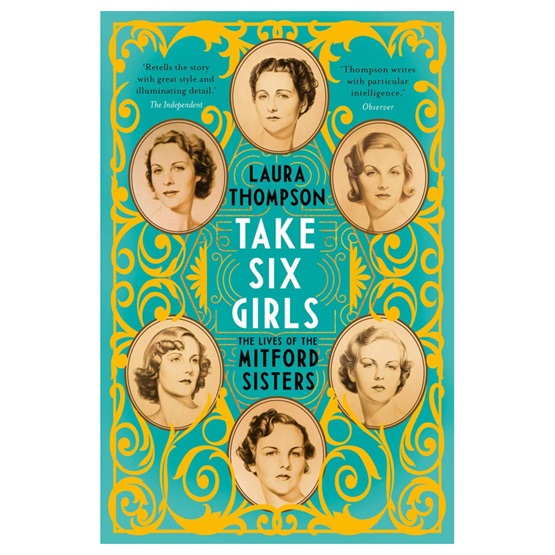 Take Six Girls: The Lives of the Mitford Sisters

Born in that order, they were the Mitford sisters: Nancy, Pamela, Diana, Unity, Jessica and Deborah.

The eldest was a razor-sharp novelist of upper-class manners; the second was loved by John Betjeman; the third was a fascist who married Oswald Mosley; the fourth idolized Hitler and shot herself in the head when Britain declared war on Germany; the fifth was a member of the American Communist Party; the sixth became Duchess of Devonshire.

Born into country-house privilege, they became prominent as 'bright young things' in the high society of interwar London. Then, as the shadows crept over 1930s Europe, the stark - and very public - differences in their outlooks came to symbolise the political polarities of a dangerous decade.

The intertwined stories of their lives is recounted in masterly fashion by Laura Thompson, who holds up a revelatory mirror to upper-class English life before and after World War II. This special illustrated edition is enhanced by beautiful photographs of the sisters and the glamorous yet changing society in which they lived.

Laura Thompson is the award-winning author of Life in a Cold Climate: A Biography of Nancy Mitford, A Different Class of Murder: the Story of Lord Lucan, and Rex v. Edith Thompson: A Tale of Two Murders.