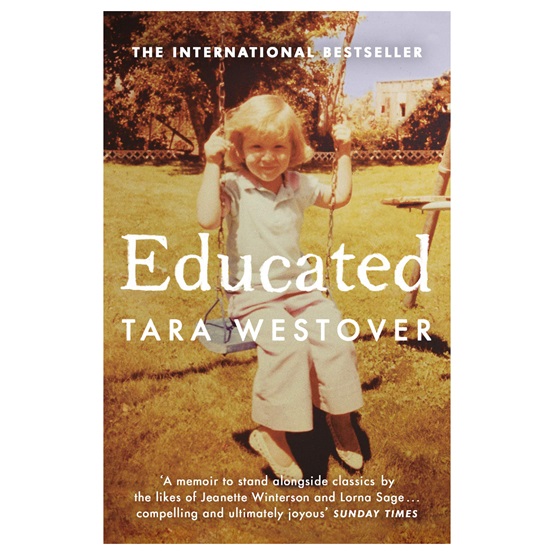 Westover’s memoir details her childhood in a doomsday Mormon family- banned from technology, outside influences, and- most importantly- education. This story is so far removed from life as we know it that it almost seems like fiction - Louisa.

Tara Westover and her family grew up preparing for the End of Days but, according to the government, she didn't exist. She hadn't been registered for a birth certificate. She had no school records because she'd never set foot in a classroom, and no medical records because her father didn't believe in hospitals.

As she grew older, her father became more radical and her brother more violent. At sixteen, Tara knew she had to leave home. In doing so she discovered both the transformative power of education, and the price she had to pay for it.

stover was born in rural Idaho. She studied history at Brigham Young University and upon graduation was awarded a Gates Cambridge Scholarship. She received an MPhil in intellectual history from Trinity College, Cambridge in 2009, and a PhD in the same subject in 2014.