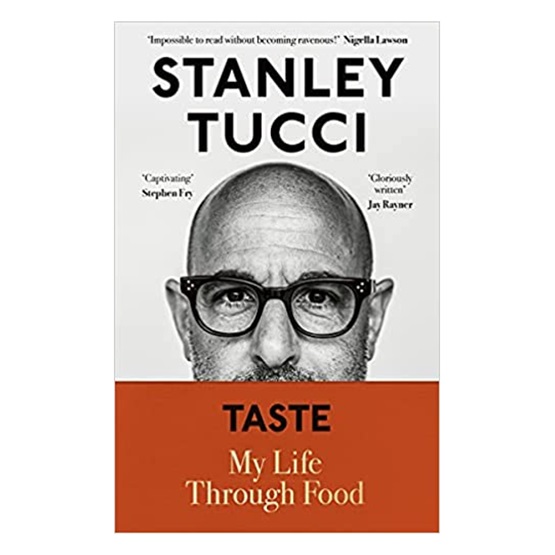 Taste: My Life Through Food

Before Stanley Tucci became a household name with The Devil Wears Prada, The Hunger Games, and the perfect Negroni, he grew up in an Italian American family that spent every night around the table. He shared the magic of those meals with us in The Tucci Cookbook and The Tucci Table, and now he takes us beyond the recipes and into the stories behind them.

Taste is a reflection on the intersection of food and life, filled with anecdotes about growing up in Westchester, New York, preparing for and filming the foodie films Big Night and Julie & Julia, falling in love over dinner, and teaming up with his wife to create conversation-starting meals for their children. Each morsel of this gastronomic journey through good times and bad, five-star meals and burnt dishes, is as heartfelt and delicious as the last.

Stanley Tucci is an actor, writer, director, and producer. He has directed five films and appeared in over seventy films, countless television shows, and a dozen plays on and off Broadway. He has been nominated for an Academy Award, a Tony, and a spoken word Grammy; is a winner of two Golden Globes and two Emmys; and has received numerous other critical and professional awards and accolades.
His memoir Taste: My Life Through Food is published by Fig Tree. He is also author of two cookbooks, The Tucci Table and The Tucci Cookbook.