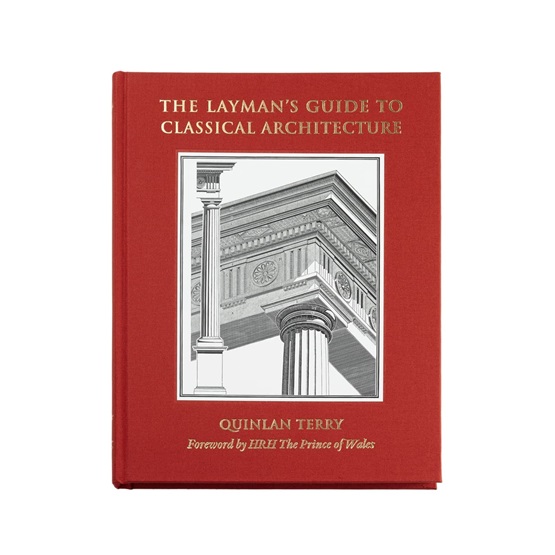 How to draw a column? What makes the column arrangements different, and can anyone really learn to interpret classical architecture? Quinlan Terry, one of the most acclaimed classicist architects of our time, has designed cathedrals, castles, villas and university buildings in the traditional style. Now his knowledge is gathered in The Layman's Guide to Classical Architecture, a complete guide to the foundations of classical architecture.

The book is a contemporary version of history's many pattern books that used to teach the same knowledge to architects, craftsmen and clients. Today, a wider circle can benefit greatly from getting to know the architecture of classicism, both as a historical background and inspiration for the present. The book's preface is written by Prince Charles, who has collaborated with Quinlan Terry for many years.

John Quinlan Terry CBE is a British architect. He was educated at Bryanston School and the Architectural Association. He was a pupil of architect Raymond Erith, with whom he formed the partnership Erith & Terry.