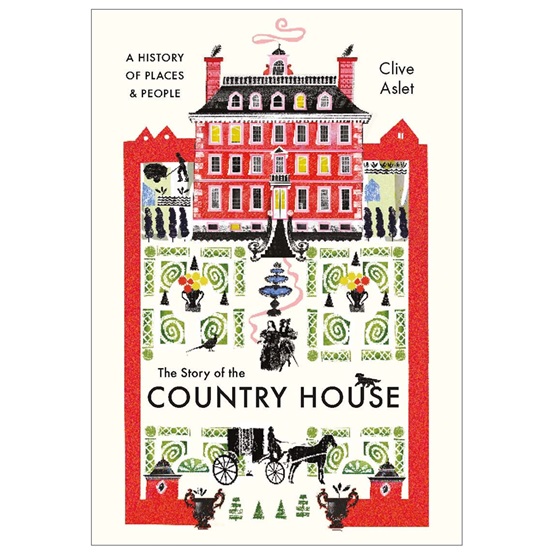 The Story of the Country House: A History of Places and People (Pre-Order)

The fascinating story of the evolution of the country house in Britain, from its Roman precursors to the present.

The Story of the Country House is an authoritative and vivid account of the British country house, exploring how they have evolved with the changing political and economic landscape. Clive Aslet reveals the captivating stories behind individual houses, their architects, and occupants, and paints a vivid picture of the wider context in which the country house in Britain flourished and subsequently fell into decline before enjoying a renaissance in the twenty-first century.

The genesis, style, and purpose of architectural masterpieces such as Hardwick Hall, Hatfield House, and Chatsworth are explored, alongside the numerous country houses lost to war and economic decline. We also meet a cavalcade of characters, owners with all their dynastic obsessions and diverse sources of wealth, and architects such as Inigo Jones, Sir John Vanbrugh, Robert Adam, Sir John Soane and A.W.N. Pugin, who dazzled or in some cases outraged their contemporaries.

The Story of the Country House takes a fresh look at this enduringly popular building type, exploring why it continues to hold such fascination for us today.

Clive Aslet is a writer, commentator, historian, editor, and academic. He has written around twenty books on architecture and history and was editor of Country Life magazine from 1993 to 2006.

Sunshine and Laughter: The Story of Morecambe & Wise £25.00