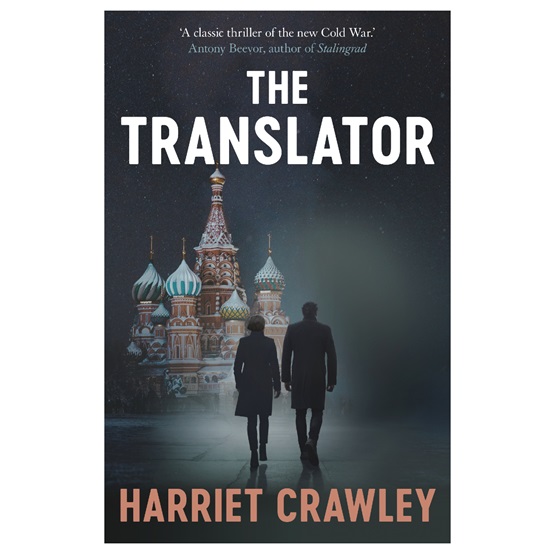 Moscow 2017. Clive Franklin, a Russian language expert in the Foreign Office, is summoned unexpectedly to Moscow to act as translator for the British Prime Minister. His life is turned on its head when, after more than a decade, he discovers that his former lover, Marina Volina, is now the interpreter to the Russian President.

At the embassy, Clive learns of a pending Russian assault on undersea cables linking the US to the UK which would paralyse communications and collapse the Western economy. Marina stuns Clive with the news that she's ready to help the UK to stop the attack, betraying her country for a new identity and a new life. Clive understands that it's a race against time.

He becomes the go-between, relaying Marina's intelligence to MI6. He joins Marina as she trains for the Moscow marathon, an excuse to be together and an opportunity to exchange information. What are the odds that two translators, running the Moscow marathon with the FSB on their backs, can save the UK and much of Western Europe from economic meltdown?

Harriet Crawley has been a journalist, writer, and art dealer, worked in television and radio, and stood for the Westminster and European Parliaments. For almost twenty years Harriet had one foot in Moscow where she launched a technical publishing business for a Russian oil and gas company. She speaks five languages and this is her fifth book.