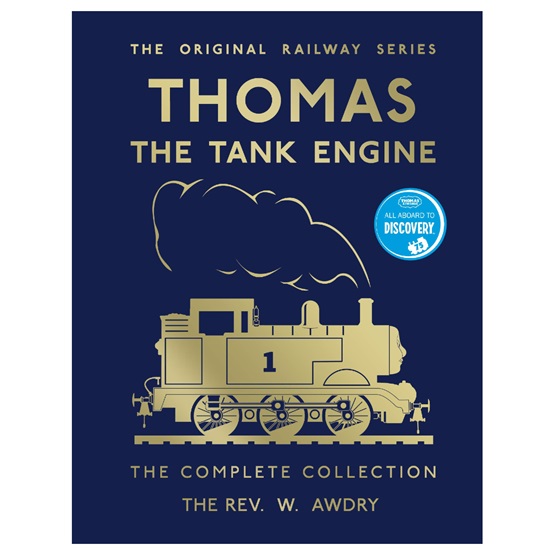 The perfect collection for all Thomas the Tank Engine fans!

This elegant slipcase brings together all 26 books from this famous Railway Series in one stunning volume.

The ultimate nostalgic offering for all those who delight in the adventures of this cheeky little engine and his friends and a delightful present for new babies who are sure to grow up to be firm Thomas fans. Children aged 2 and up will love meeting classic characters such as Percy, James, Gordon, and Toby down on The Fat Controller's railway. The short stories and beautiful illustrations are perfect for bedtime reading.

Thomas has been teaching children lessons about life and friendship for over 70 years. He ranks alongside other beloved character such as Paddington Bear, Winnie-the-Pooh and Peter Rabbit as an essential part of our literary heritage.

Reverend Wilbert Awdry was born in Hampshire in 1911. He grew up close to the railway and was convinced that the steam engines all had different personalities. He used to imagine conversations between them. Later when he was grown up and his son Christopher became ill with measles, Wilbert invented the Thomas stories to entertain him. Christopher kept asking for more stories and Wilbert began writing them. The first of the railway series was published in 1945. Awdry wrote 26 Railway books in total before Christopher took over the series.