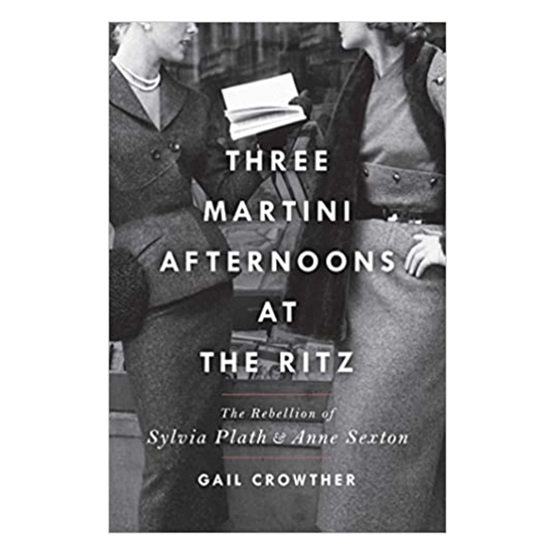 Three Martini Afternoons at the Ritz: The Rebellion of Sylvia Plath & Anne Sexton

A vividly rendered and empathetic exploration of how two of the greatest poets of the 20th century-Sylvia Plath and Anne Sexton-became bitter rivals and, eventually, friends.

Introduced at a workshop in Boston University led by the acclaimed and famous poet Robert Lowell, Sylvia Plath and Anne Sexton formed a friendship that would soon evolve into a fierce rivalry, colored by jealousy and respect in equal terms.

In the years that followed, these two women would not only become iconic figures in literature, but also lead curiously parallel lives haunted by mental illness, suicide attempts, self-doubt, and difficult personal relationships. With weekly martini meetings at the Ritz to discuss everything from sex to suicide, theirs was a relationship as complex and subversive as their poetry.

Based on in-depth research and unprecedented archival access, Three-Martini Afternoons at the Ritz is a remarkable and unforgettable look at two legendary poets and how their work has turned them into lasting and beloved cultural figures.

Gail Crowther is a freelance writer, researcher, and academic. She is the author of The Haunted Reader and Sylvia Plath and the coauthor of Sylvia Plath in Devon: A Year's Turning and These Ghostly Archives: The Unearthing of Sylvia Plath. Gail divides her time between the North of England with her dog, George, and London. As a feminist vegan she engages with politics concerning gender, power, and animal rights.