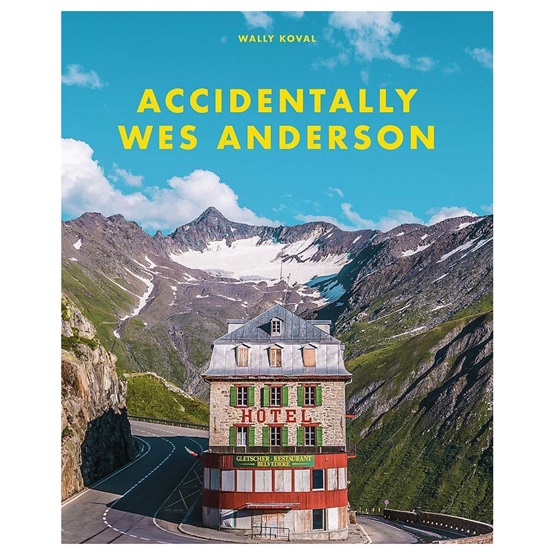 Wes Anderson is one of those filmmakers who’s perspective on the world just makes me smile. This book, with a charming foreword by the man himself, is every bit as quirky, idiosyncratic and whimsical in the extreme as his films. A gem. - Max

Wes Anderson's beloved films announce themselves through a singular aesthetic - one that seems too vivid, unique, and meticulously constructed to possibly be real. Not so - in Accidentally Wes Anderson, Wally Koval collects the world's most Anderson-like sites in all their faded grandeur and pop-pastel colours, telling the story behind each stranger than-fiction-location.

Based on the viral online phenomenon and community of the same name, Accidentally Wes Anderson celebrates the unique aesthetic that millions of Anderson fans love - capturing the symmetrical, the atypical, the unexpected, the vibrantly patterned, and distinctively coloured in arresting photographs from around the world.

Wally Koval is the founder of Accidentally Wes Anderson, a rapidly growing community based on Instagram with more than 993,000 fans. @accidentallywesanderson shares photographs and stories of the most interesting locations on Earth - real life places that share an aesthetic with the world of legendary filmmaker Wes Anderson's movies.