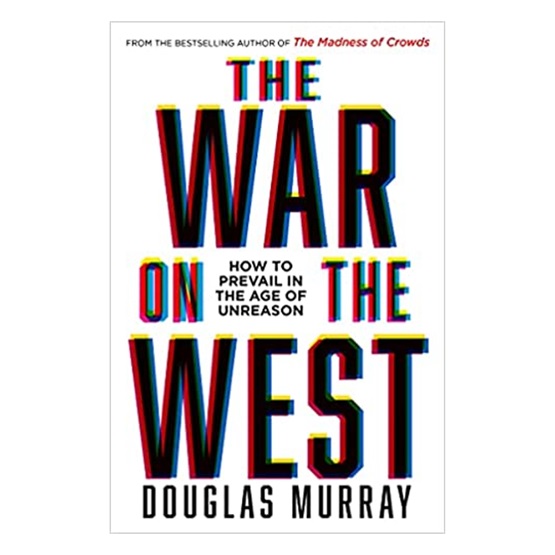 War on the West (Signed Copies)

In The War on the West, international bestselling author Douglas Murray asks: if the history of humankind is one of slavery, conquest, prejudice, genocide and exploitation, why are only Western nations taking the blame for it?

It’s become perfectly acceptable to celebrate the contributions of non-Western cultures, but discussing their flaws and crimes is called hate speech. What’s more it has become acceptable to discuss the flaws and crimes of Western culture, but celebrating their contributions is also called hate speech. Some of this is a much-needed reckoning; however, some is part of a larger international attack on reason, democracy, science, progress and the citizens of the West by dishonest scholars, hatemongers, hostile nations and human-rights abusers hoping to distract from their ongoing villainy.

In The War on the West, Douglas Murray shows the ways in which many well-meaning people have been lured into polarisation by lies, and shows how far the world’s most crucial political debates have been hijacked across Europe and America. Propelled by an incisive deconstruction of inconsistent arguments and hypocritical activism, The War on the West is an essential and urgent polemic that cements Murray’s status as one of the world’s foremost political writers.

Douglas Murray is a bestselling author and journalist. His books include the Sunday Times No. 1 bestseller The Strange Death of Europe: Immigration, Identity and Islam and The Madness of Crowds: Gender, Race and Identity. He has been Associate Editor at The Spectator magazine since 2012 and has written regularly there, as well as for other publications including The Wall Street Journal, The Times, The Sunday Times, The Sun, The Mail on Sunday and National Review. A regular guest on the BBC and other news channels, he has also spoken at numerous universities, parliaments, the O2 Arena and the White House.