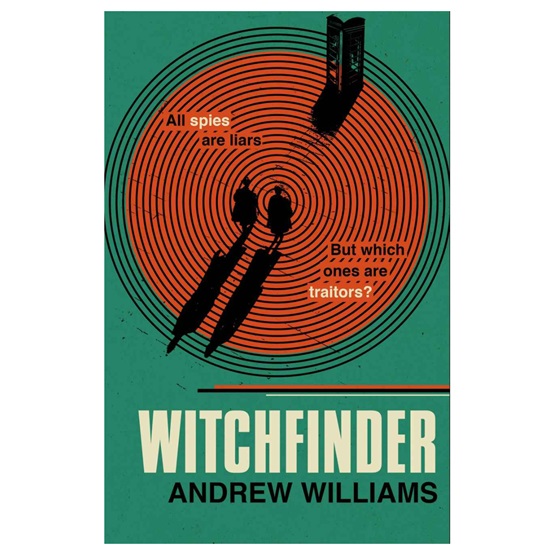 London 1963. The Beatles, Carnaby Street, mini skirts. But the new mood hasn't reached the drab and fearful corridors of MI5 and MI6. Many agents joined the secret service to fight the Nazis. Now they are locked in a Cold War against the Russians. And some of them are traitors. The service has been shaken to its core by the high-profile defections of Cambridge-educated spies Burgess, MacLean and now Philby. Appalled at such flagrant breaches of British security, the Americans are demanding a rigorous review. Harry Vaughan is brought back from Vienna to be part of it. The Chief asks him to join two investigators - Arthur Martin and Peter Wright - who are determined to clean out the stables, and the first target of their suspicions is the Deputy Director General of MI5, Graham Mitchell. Harry slips back into a relationship with an old flame, Elsa, and joins the hunt - somewhat reluctantly. He is sceptical of the case against Mitchell and wary of the messianic fervour of the two spycatchers. But the further the investigation goes - and the deeper his commitment to Elsa becomes - the greater the sense of paranoia and distrust that spreads through the 'wilderness of mirrors' that is the secret service. The only certainty is that no one is above suspicion; including Harry Vaughan.

Andrew Williams worked as a senior producer for the BBC's flagship Panorama and Newsnight programmes, and as a writer and director of history documentaries. He is the author of two bestselling non-fiction books, The Battle of the Atlantic and D-day to Berlin, and four acclaimed novels, The Interrogator, (shortlisted for the Ian Fleming Silver Dagger Award and the Ellis Peters Award), To Kill a Tsar, (shortlisted for the Ellis Peters Award and the Walter Scott Prize), The Poison Tide and The Suicide Club.