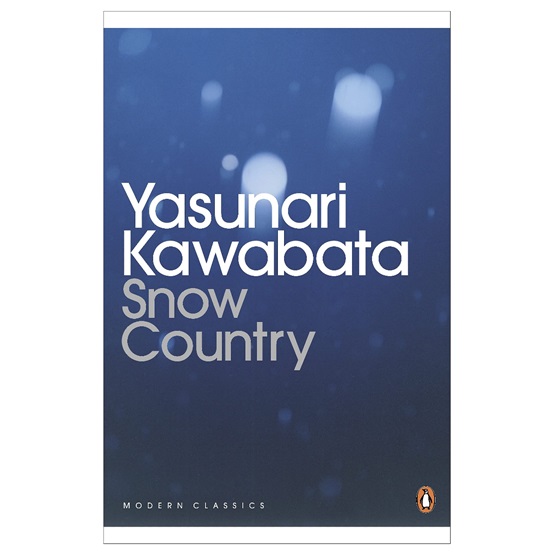 A heartbreaking love story and some of the most delicate prose you’ll ever read makes this Japanese classic a proper little gem. This timeless meditation on beauty is surely Kawabata’s masterpiece - Max.

Shimamura is tired of the bustling city. He takes the train through the snow to the mountains of the west coast of Japan, to meet with a geisha he believes he loves. Beautiful and innocent, Komako is tightly bound by the rules of a rural geisha, and lives a life of servitude and seclusion that is alien to Shimamura, and their love offers no freedom to either of them. Snow Country is both delicate and subtle, reflecting in Kawabata's exact, lyrical writing the unspoken love and the understated passion of the young Japanese couple.

Yasunari Kawabata was born near Osaka in 1899 and was orphaned at the age of two. His first stories were published while he was still in high school and he decided to become a writer. He graduated from Tokyo Imperial University in 1924 and a year later made his first impact on Japanese letters with Izu Dancer. He soon became a leading figure the lyrical school that offered the chief challenge to the proletarian literature of the late 1920s. His writings combine the two forms of the novel and the haiku poems, which within restrictions of a rigid metre achieves a startling beauty by its juxtaposition of opposite and incongruous terms. Snow Country (1956) and Thousand Cranes (1959) brought him international recognition. Kawabata died by his own hand, on April 16 1972.

Snow Country is translated from the Japanese by Edward G. Seidensticker (1921-2007), who was a prominent scholar of Japanese literature.