Heywood Hill is proud to announce the sale of George MacDonald Fraser’s Working Library. The books are available for purchase from Monday 2 June to Thursday 31 July 2014 at Heywood Hill in Mayfair. You can view the e-catalogue below or a printed version is available to purchase in the online shop or at Heywood Hill.

"Anyway, for whatever reason, the bug of the senachie, the Highland teller of tales, seems to have bitten me early, and has never let go."
- on writing

"Hour after hour, I seemed to have spent... lost in those marvellous volumes"
- on Arthur Mee's Children’s Encyclopedia

Join our ‘one bookshop mission’ to introduce a new generation to George MacDonald Fraser. Like the military campaigns of yesteryear, we have hatched a masterplan to bring the dastardly escapades of Harry Flashman and the unparalleled non-fiction writing of MacDonald Fraser to a new audience.

Buy any Flashman paperback or one of our unique gift boxes online or in the shop and you will be entered into our Operation Flashman Grand Prize Draw. Launched by Flashie fan and Hollywood actor, Dominic West, Operation Flashman offers you the chance to win:

Click here to view our range of Operation Flashman gifts.
More information on the Grand Prize Draw can be found here. 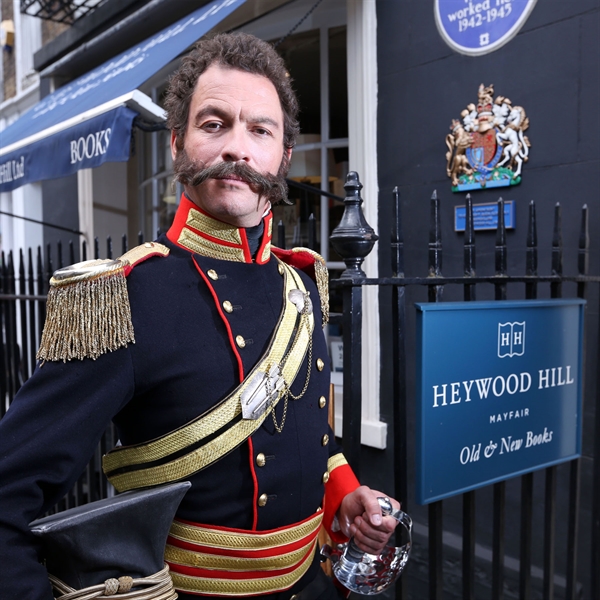 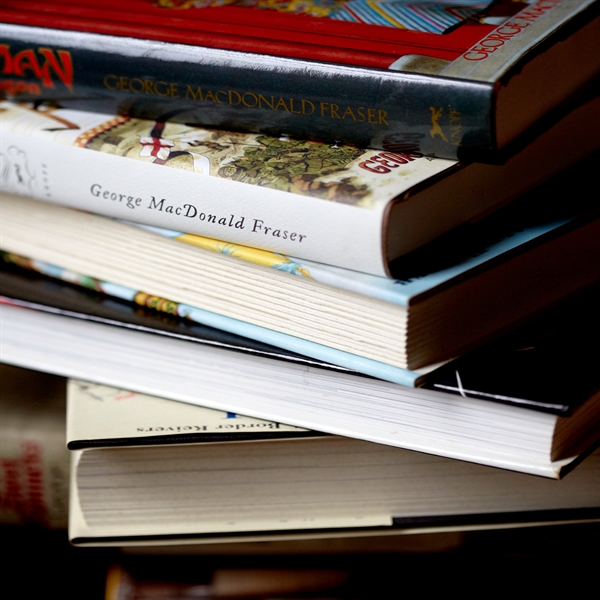 George MacDonald Fraser’s personal collection of over 2500 books includes the historical source material and fictional influences for all his work, not least the incomparable Flashman novels.

MacDonald Fraser was a customer of Heywood Hill for many years. Since his death in 2008 his books have lain undisturbed at his home on the Isle of Man. Every aspect of MacDonald Fraser’s life and career as a professional writer is represented, from the authors who fired his imagination as a boy - Arthur Mee, R M Ballantyne, Rafael Sabatini, his own copy of Tom Brown’s Schooldays - to the histories and memoirs from which he drew out so memorably the essence of British imperial life, good and bad.

George MacDonald Fraser’s books will be available to view in Heywood Hill’s basement antiquarian room from Tuesday 20 May until Saturday 31 May (excluding Saturday 24 May to Monday 26 May). Electronic and printed catalogues will be issued on Tuesday 20 May.

The books will be available for sale from Monday 2 June until Thursday 31 July 2014. After this date items can be reserved on a first come first served basis. All books will include a posthumous George MacDonald Fraser bookplate. To enquire about purchasing the collection in its entirety please contact nicky@heywoodhill.com

George MacDonald Fraser was a doctor son’s from Carlisle who was educated at the local grammar school. His life as a soldier, journalist and then professional writer was full of incident. The author of the famous 'Flashman Papers', George MacDonald Fraser's (1925-2008) working life began in World War II when he enlisted in The Border Regiment, serving in the Burma Campaign. He recounted the campaign in his memoir Quartered Safe Out Here (1992). He used his post-war experience in the Gordon Highlanders to write the semi-autobiographical stories and anecdotes that would become the McAuslan series.

On leaving the army, MacDonald Fraser worked on newspapers in Glasgow and Carlisle but his career as a novelist began in 1969 with the publication of the first Flashman novel.  He went on to write 12 more in the Flashman series.

In 1972, Fraser’s fate as a screenwriter was sealed when he wrote the script for a successful film production of The Three Musketeers. In 1975 the film, Royal Flash, written by Fraser was released. He went on to alternate between novels and script writing for the next twenty years. In later years, he wrote the well-received memoirs Quartered Out of Here (1992) and The Light’s on at Signpost (2002), recalling his days as a writer in Hollywood. 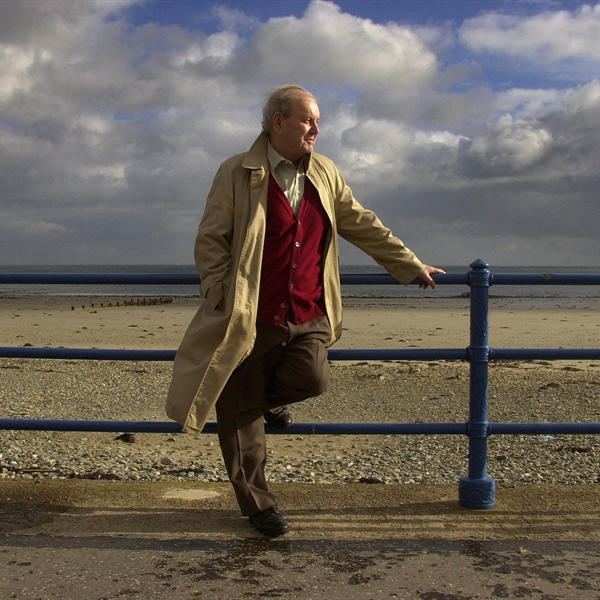 "I am not normally receptive to suggestions, which I suppose makes me an editor’s nightmare. I make no apology for this; they're my books..."
- on editing 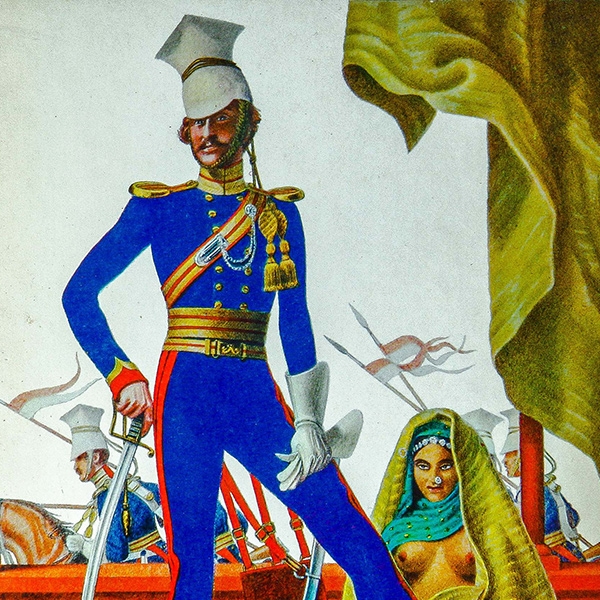 In 1966, MacDonald Fraser had the idea to turn Flashman, a fictional coward and bully originally created by Thomas Hughes in Tom Brown’s School Days, into the hero of an historical novel. The conceit of the book and series is that MacDonald Fraser discovered the mouldering 'Flashman Papers' in a saleroom in Leicestershire. They recount the memoirs of one Harry Paget Flashman, who is not only the bully featured in Hughes' novel, but also by then a supposedly 'well-known' Victorian military hero.

To MacDonald Fraser’s amusement many reviewers fell for his light-hearted guise as Flashman’s literary editor. Nonetheless it was well-received, with great merit being placed on the historical accuracy of the setting. MacDonald Fraser went on to write 12 more novels in the series taking his troublesome hero on perilous missions across the world, spanning the period 1839-1894.

‘I wrote Flashman in nightly bursts after coming home from work; in all it took ninety hours, no advance plotting, no revisions, just tea and toast and cigarettes at the kitchen table’, he recalled. His prose may have flowed remarkably easily but it was based on hard labour in the mines of Victorian history books and novels, many of which are available for sale at Heywood Hill.