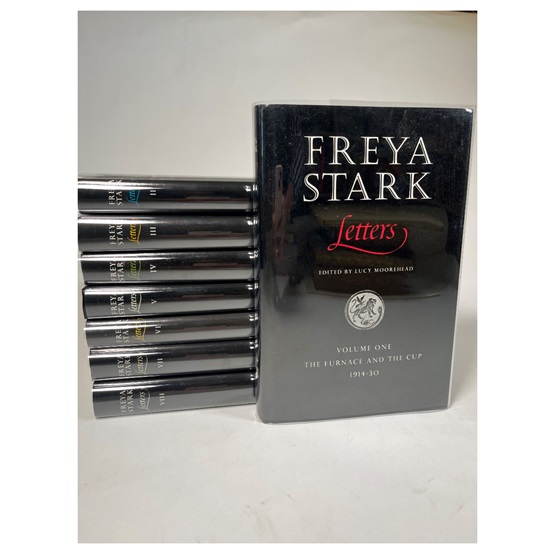 Freya Stark’s earliest visit to Druze region followed by several to Iran, Yemen, Iraq, Turkey, India, and Afghanistan anchored a host of books, photographs, and extensive correspondence. She developed close relations with the regional stakeholders; interacted with the Sunni and Shi’i leaders and, among others, wrote about the Kurds and Yazidis. Unhappy over Jewish–Arab contestations in Palestine, her visit to the United States was not successful though her work for the British security agencies is, in general ignored by her biographers. A major travel writer in her own right, Stark maintained steady interest in archaeological work in Yemen as a non-professional scholar. Her book on the Assassins of medieval Persia based on her early visits to Alamut valleys launched her career as a writer and a close observer of a changing Muslim world.

8vo., 8 volumes in original cloth with price-clipped dust wrappers. A near fine set.

4 pp on two sheets of her blue letterhead Via Canova, Asolo, Treviso paper discussing friends, exotic travels and accomodations in “the tower”.

In the first letter Stark writes ”...I had meant to write myself to thank you both for your kindness that evening, but I have just reached home after a very happy time reaching (the foot of) Annapurna on a pony. 3 lovely weeks among those hills & mountains. The Sherpas refuse to call these two heights by the same names. It makes me long for mountains as If I were still young enough to climb them.”

The second letter discusses a proposed visit by the recipient, “...except that alas! I shall not be here as I leave in a week for a long wander, Greece, Turkey, to Aleppo & hope not to be back till end of October - I have declared myself free & hopeful for a film with Colin Luke (whom no doubt you know)...the tower on the other hand is vacant & not too cold in September...”

The reference is to a documentary film, Towards An Unknown Land. A Journey in the Company of Freya Stark (1982).

Neither of these letters appear in the books, (the last published letter is dated 23 April 1980), nor indeed does a Mr Lindsay appear in the indexes of any of the volumes. 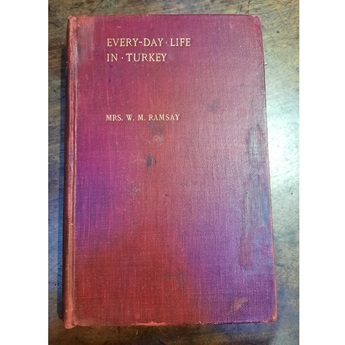 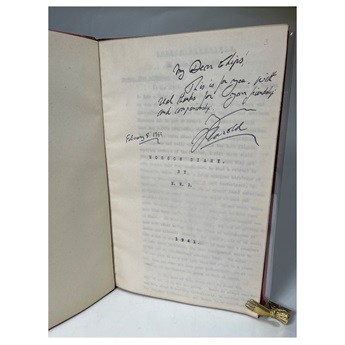