Greek Tour: In the Footsteps of Paddy Leigh Fermor

We are excited to announce a new Patrick Leigh Fermor tour to Northern Greece inspired by his second book Roumeli. The trip, created and led by Rupert Smith and Leigh Fermor's biographer Artemis Cooper, will reveal Northern Greece in all its astonishing diversity and is inspired by the travels described in this unforgettable book. Roumeli, which is an old name for the wild region north of the Gulf of Patras, describes the customs and superstitions of nomadic herders of Thrace and Epirus, and the monasteries of the Meteora that perch on vast cylinders of rock that soar hundreds of feet into the air.  Leigh Fermor became fascinated by the wanderings of Lord Byron and the Greek struggle for independence, and recounts the courage of the women of Souli, who danced over the edge of the gorge at Zalongo rather than be taken by the Turks.  Starting in Corfu and ending in the great maritime city of Thessaloniki, this tour takes in many of the places described in Roumeli – including Lake Volvi, from where a twenty-year-old Paddy ‘borrowed’ a horse and joined a group of Royalist cavalrymen in quelling an army rebellion.

This will be an adventure of six nights and seven days. Artemis will be giving accounts of Paddy’s life, while Rupert will guide you around some of Greece’s most interesting classical and Byzantine sites. If you would like more information or to book a place please contact Art Tours Ltd on 0207 449 9707 or katie@arttoursltd.com

Heywood Hill are happy to help with any reading matter for the journey and can provide a concise collection of books that will illuminate and entertain on this area of Greece and Leigh Fermor's travels in the region. Please contact us for further assistance. 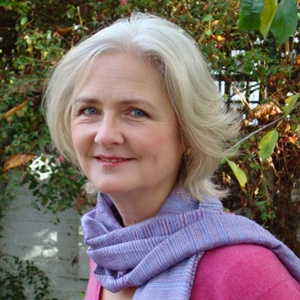