Pre-Order Signed Copies of The Romanovs by Simon Sebag Montefiore

Pre-order signed copies of The Romanovs 1613-1918 by Simon Sebag Montefiore. Published on 28 January 2016 tells the intimate story of twenty tsars and tsarinas.

Montefiore's chronicle reveals their secret world of unlimited power and ruthless empire-building, overshadowed by palace conspiracy, family rivalries, sexual decadence and wild extravagance, and peopled by a cast of adventurers, courtesans, revolutionaries and poets, from Ivan the Terrible to Tolstoy, from Queen Victoria to Lenin.

To rule Russia was both imperial-sacred mission and poisoned chalice: six tsars were murdered and all the Romanovs lived under constant threat to their lives. Peter the Great tortured his own son to death while making Russia an empire, and dominated his court with a dining club notable for compulsory drunkenness, naked dwarfs and fancy dress. Catherine the Great overthrew her own husband - who was murdered soon afterwards - loved her young male favourites, conquered Ukraine and fascinated Europe. Paul was strangled by courtiers backed by his own son, Alexander I, who faced Napoleon's invasion and the burning of Moscow, then went on to take Paris. Alexander II liberated the serfs, survived five assassination attempts, and wrote perhaps the most explicit love letters ever written by a ruler. 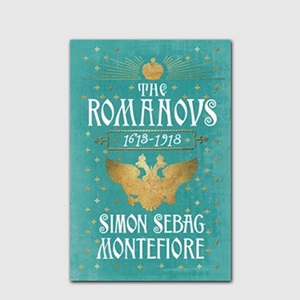