Heywood Hill, the legendary independent London bookshop, announced today that Mariadela Villegas, a third year student at the University of Texas in Austin, has won the Library of a Lifetime, the world’s first major literary prize focused on readers of books. To win, readers entered the name and author of the single book that has meant the most to them, drawn from any book published in English since Heywood Hill was founded in 1936—eighty years ago this year. The bookshop received more than 50,000 submissions from more than 100 countries during the submission period, October 1 – 31, 2016, and Villegas was notified on November 25th that she had won the grand prize: one newly published and hand-picked hardback book per month, for life, delivered to her home.

The idea for the prize emerged from Heywood Hill’s popular “A Year in Books” subscription service. After an in-depth reading consultation with Heywood Hill’s senior booksellers to determine particular literary interests, subscribers receive a new book each month. As their tastes or interests change, they can consult with Heywood Hill staff to evolve their subscription year-to-year. As the winner of the Library of a Lifetime competition, Villegas will receive the same personalized experience. The shop’s booksellers will work with her to catalog her tastes and develop a customized plan that she can alter over time as she wishes.

Villegas (pictured below) submitted Fahrenheit 451 by Ray Bradbury for the competition, describing her choice with the following: “The mere thought of a world where books are forbidden both fascinated and terrified me. The idea of a band of nomads who are the only remaining links to great works of literature kept me up at night imagining what it would be like for them to know that if something were to happen, a literary classic would be lost forever.”

And of her win, she said, “I have to say I didn't think in a million years that I would be so lucky to win! Books have always provided a refuge and comfort for me in difficult times. I'm the person who wants to go to a bookshop when she's sad or angry, because the mere presence of books provides relief. This amazing gift has completely changed my life and I will be forever grateful to Heywood Hill for having chosen my entry!”

Heywood Hill also selected Arthur Au, from Hong Kong, for its second place prize of a one-year subscription to “A Year in Books”, providing 12 new hardback books per month for a year, and Al Stewart from Reading, United Kingdom, for the third prize, which includes a hardback book every other month for a year. They submitted Philosophical Investigations by Ludwig Wittgenstein and Captain Corelli’s Mandolin by Louis de Bernières, respectively.

“We think of Heywood Hill as the biggest little book shop in the world. This raffle is the proof in the pudding. Readers all over the world responded to our call. We are looking forward introducing our winners to new authors and books. We are particularly excited that our first place winner is a true book-lover with whom we can build a long-standing relationship,” said Tom Nind, Heywood Hill’s manager. “To create such a unique personal relationship is the delight of what we do. In fact, among our oldest and dearest customers is Patricia Lovejoy from Greenwich, Connecticut, to whom we’ve been sending books every month by mail since the early 1970s”.

The “A Year in Books” subscription service reflects Heywood Hill’s continuing adaptations to a changing bookseller marketplace. The service has been an informal offering for decades, for buyers who visited the store and were offered it in person, including Ms. Lovejoy. As digital sales increased, the shop formalized the subscription service in 2013; currently, about 30% of subscribers live in the United States.

With the competition now over, Heywood Hill plans to use the submissions to create a crowd-sourced list for anyone looking to create a modern library covering the last eighty years of English-language literature and non-fiction. Among the books to receive the highest number of submissions are 1984 by George Orwell, Lord of the Rings by J.R.R. Tolkien, the Harry Potter series by J.K. Rowling, The Handmaid’s Tale by Margaret Atwood, The House of the Spirits by Isabel Allende, The Master & Margarita by Mikhail Bulgakov, To Kill a Mockingbird by Harper Lee, and Watership Down by Richard Adams, among many others. 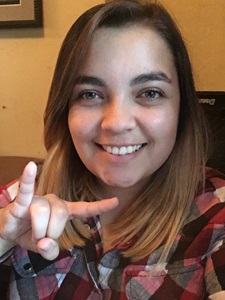