The personal collection of books owned by Tom Maschler, legendary British publisher, is to be sold by Heywood Hill, the London bookshop.

Andrew McGeachin, Head of Rare Books at Heywood Hill, said: ‘Tom Maschler was the most fearless and fearsome British publisher of his generation, responsible for creating the Booker Prize, and publishing the work of dozens of the finest writers from the late 1950s to the early 1990s. Our catalogue reads like a Who’s Who of literature from that period and the opportunity to own one of the books handled by Tom will delight readers and collectors alike.’

Dan Franklin, Associate Publisher at Jonathan Cape, writes: ‘For four decades Tom Maschler was the most important and most talked-about figure in British publishing.  A brilliant talent-spotter, he brought to Jonathan Cape an extraordinary range of literary talent – from Gabriel Garcia Marquez to Philip Roth to Martin Amis to Thomas Pynchon to Tom Wolfe to Ian McEwan – and transformed it into the most exciting publisher in London.

Dan continues, ‘Fifteen of his authors won the Nobel Prize for Literature and he launched the careers of John Fowles, Edna O’Brien, Clive James and Bruce Chatwin.  He persuaded Desmond Morris, then working at London Zoo, to write The Naked Ape and his publishing of Joseph Heller’s Catch-22 has become the stuff of legend. Maschler was also an exceptional children’s publisher, especially of illustrated books. He was the person who introduced Roald Dahl to Quentin Blake. In 1967 Tom Maschler conceived the idea of the Booker Prize and it was launched in 1968.’

Dan concludes, ‘Maschler not only had extraordinary taste, but he was a brilliant salesman, promoting his authors tirelessly, unafraid to make enemies in the process.  There had been no one like him and there never will be again.’

Andrew McGeachin continued, ‘We are delighted to relaunch Heywood Hill Rare Books with the Tom Maschler collection.  The initial selection of books from his library on offer here reflects a snap-shot of some of the authors that Tom nurtured so successfully and with such dynamism at Cape, many of whom also became close friends.  One such friend, Quentin Blake, has kindly drawn a bookplate for Tom that will be included with every purchase from the forthcoming sale as proof of provenance. The books on offer here range from a proof copy annotated by Ian Fleming, to charming inscribed copies from the likes of Gabriel Garcia Marquez and Ian McEwan.’

A catalogue of 150 books from the Tom Maschler collection has been prepared by Heywood Hill. The books in the catalogue range in price from £95 for Anita Brookner’s Fraud up to £35,000 for an exceptionally rare signed UK first edition of Thomas Pynchon’s V. These books and others from Maschler’s shelves will be on display and available to purchase from Heywood Hill, 10 Curzon Street, London W1J 5HH, and also via https://www.heywoodhill.com/tom-maschler. To request a catalogue please contact rarebooks@heywoodhill.com.

Heywood Hill, the small but influential London bookshop, has been on Curzon Street and dealing in books, both new and rare, since its establishment in 1936. The shop specialises in exceptional customer service and in helping readers and collectors pursue their literary interests. Niche literary services include the popular monthly book subscription, A Year in Books. The shop also sources books for themed libraries for individuals and businesses around the world. The sixteen-strong team of book lovers share a passionate commitment to good writing and important books.

This is the first catalogue from Heywood Hill’s newly invigorated Rare Books Department. Led by Andrew McGeachin, former Manager Director of Sotheran’s, and supported by Jasper Jennings and Nicole Mansour, the rare books team have over 50 years of experience in dealing with old and rare books and prints, ranging from early printing to signed copies of contemporary writers. Heywood Hill Rare Books is interested in buying fine and scarce books, both antiquarian and contemporary. 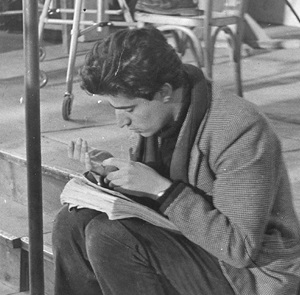