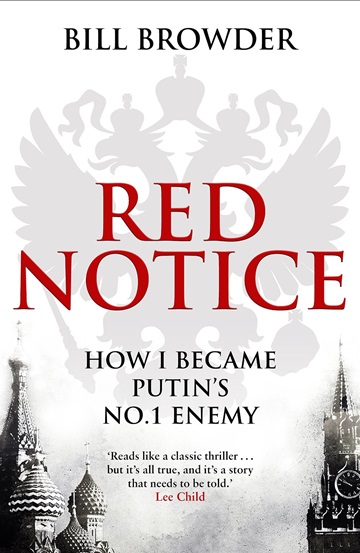 Camille Van de Velde says: 'Investor turned human rights activist Bill Browder gives us a riveting account of his exploits in post-Soviet Russia. The success of his investment fund brought on hostilities that led to an accusation for tax fraud by the Russian government. When one of his lawyers was murdered in a Moscow prison, Browder initiated the Magnitsky Act in the US, which was named after the murdered and intends to punish the responsible officials.'