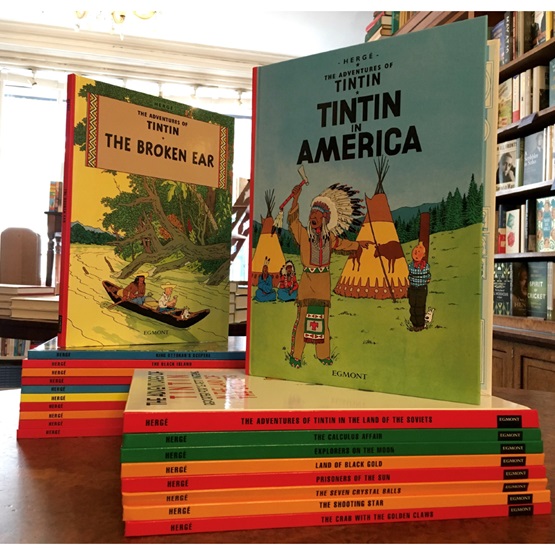 The Tintin Collection brings together all available hardback copies of the quintessential reporter's adventures. From overcoming plots to overthrow the monarchy to dangerous expeditions across the Himalayas to save a friend, Hergé's classic comes to life in this collection just as much as when originally published.

Georges Prosper Remi, known by the pen name Hergé, was a Belgian cartoonist. He is best known for creating The Adventures of Tintin, the series of comic albums which are considered one of the most popular European comics of the 20th century.

Giving this collection as a present? We can include a personal message from you, handwritten on one of our illustrated Heywood Hill postcards free of charge.  Write your message in the 'notes' box at the checkout. If you would like the collection gift-wrapped in our famous livery, also free of charge, just let us know.

A Table for Friends: The Art of Cooking for Two or Twenty £26.00