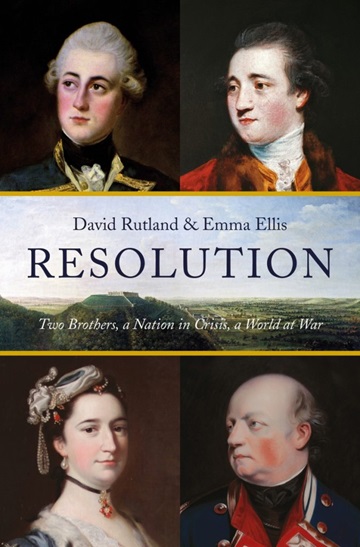 When John Manners, the Marquis of Granby, died in 1770, he left behind two sons. One, Charles, entered politics, seeking to end the American War of Independence through diplomacy. He eventually inherited the dukedom, and became Viceroy of Ireland. The other, Robert, joined the Royal Navy, becoming post-captain of the ship Resolution. David Rutland - the current Duke - and Emma Ellis, a naval historian, have deployed the family archives at Belvoir Castle to delve deeply into the lives of these men, and the milieu of Georgian England, which shaped them, and which they helped to shape. A biography, a political history, and a portrait of the British navy at the end of the eighteenth century, Resolution is a triumph.