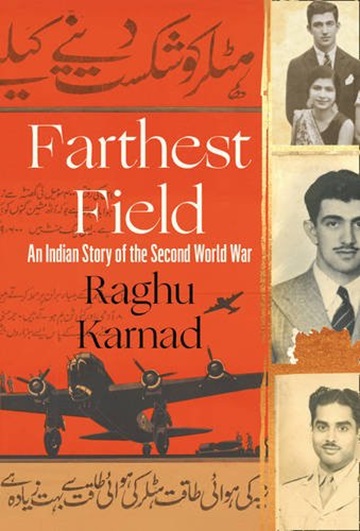 Farthest Field: An Indian Story of the Second World War

The years 1939-45 might be the most revered, deplored and replayed in modern history. Yet India’s extraordinary role has been concealed, from itself and from the world. Karnad retrieves the story of a single family – a story of love, rebellion, loyalty and uncertainty – and with it, the greatest revelation that is India’s Second World War. Karnad's essay detailing the origins of this book was described by Simon Schama as ‘nothing short of brilliant’ and the book lives up to expectation. A remarkable story of the largest volunteer army in history fighting for the British Empire, even as its countrymen fought to be free of it.